Talca is a city condemned to earthquakes, so the project tries to get the best out of the situation. The Alameda City-Boulevard, a characteristic boulevard of the city, becomes a shelter for the population in times of post-earthquake.

Memento´s masterplan is a macro intervention along the avenue. In one hand, it raises the revitalization of the

Alameda, increasingly neglected and in disuse; and on the other, the use of the pedestrian as an element of contingency for the devastated city.

The memorial per se is part of this intervention and materializes the scars of the city in a language close to that of Landart. Annexed to the memorial, a cultural center will be created as rigid support of the project. 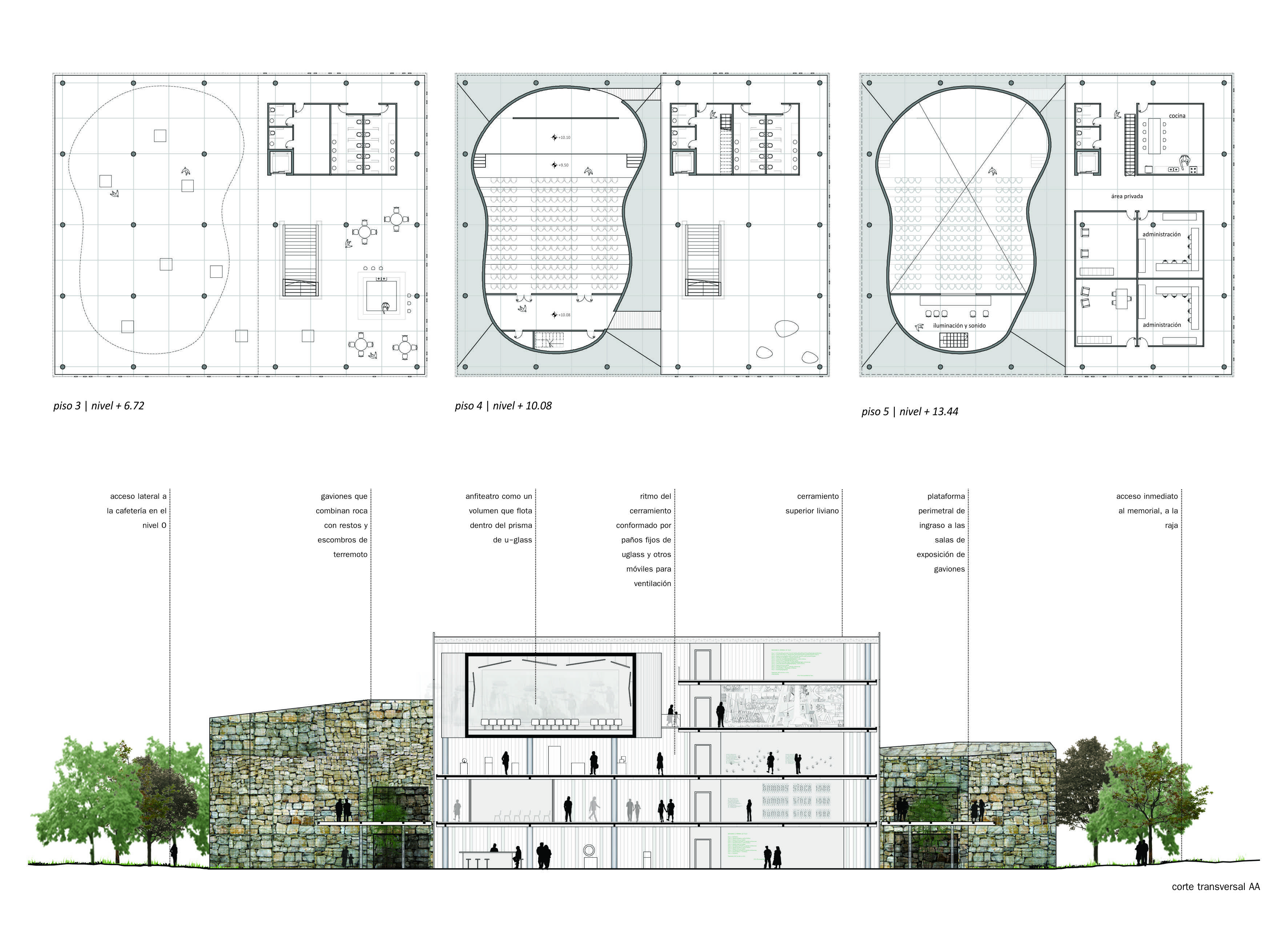 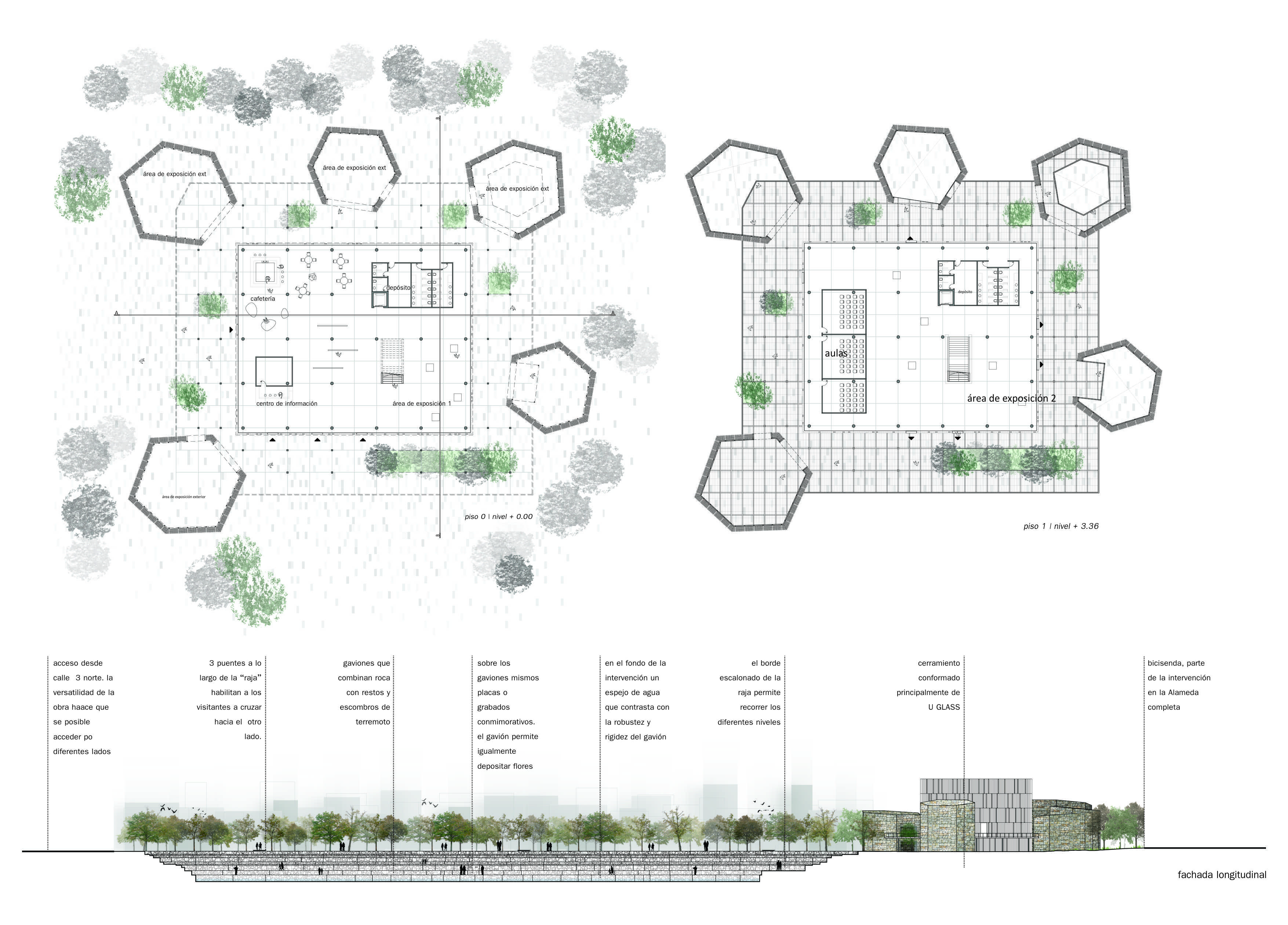